With the effects of the Covid-19 pandemic sweeping across America, more people are dying from drug overdoses than ever before. An increase in drug overdose deaths by close to 30% from the previous year has been reported by the CDC. The drug epidemic is responsible for killing 100,306 Americans this past year, which is more than firearms and car accidents combined.

In Pennsylvania, the opioid epidemic is on the rise, with PA ranking as the 5th highest in the country in drug overdoses. In the 12 months leading up to April 5,410 deaths were reported in PA, averaging 14 deaths a day.

Pennsylvanians have seen family members, friends, and loved ones lost to this epidemic and the call for more treatments and solutions is urgent. Pressure has been placed on the government, both local and federal, to address this growing health crisis.

Fentanyl has emerged as the leading substance, found in overdose deaths. Fentanyl is abused for its euphoric effect comparable to morphine but between 50-100 times more potent. When fentanyl is misused, it is highly addictive and can be deadly even in small amounts. Drug dealers are now cutting fentanyl into other drugs, which has caused unintentional overdoses from users of other substances. For this reason, buying other street drugs has become increasingly dangerous.

How fentanyl is getting into the country

The illicit manufacturing of fentanyl has been linked to the Chinese government who uses trafficking pathways through the Southern border to bring their product into the U.S. The recent border crisis has made it easier for traffickers to move opioids onto American streets.

In 2018 a temporary order was put in place by Congress, to characterize fentanyl as a Schedule 1 drug, which placed it under the strictest regulation. This past Thursday on December 2nd, Congress passed a Continuing Resolution extending the order until Feb 18.

The Biden administration also announced a four-part strategy plan to address the opioid epidemic in September. The goals of the proposal were to prevent substance use disorder, expand access to medications that can treat addictions, and support those in recovery. Funding would also be provided to the states for prevention techniques such as, the overdose reversal drug naloxone, fentanyl test strips, and programs that supply clean needles to prevent the transmission of other diseases.

Last week, the U.S. House Subcommittee on Health took testimony in congress from the current administration as well as drug enforcement and health officials to implement a multiagency approach. This approach includes tightening law enforcement’s ability to seize and prosecute manufacturers and dealers of Fentanyl while also addressing the health crisis.

Rep. John Joyce, R-Blair, who represents a large district in Pennsylvania, has seen fentanyl deaths increase by at least 30% in each of his counties was present at the hearing. He reported his disappointment with the lack of DOJ presence at the hearing since he felt they were needed to be questioned as to why there hasn’t been more of a crackdown on sentencing.

There was much debate about how severe the criminal penalties should be and how far courts should go to impose sentences. Republican lawmakers seek to impose stricter sentencing on traffickers to prevent fentanyl from entering the country in such massive quantities. While Democrat congresspeople argue that incarceration and stricter sentencing does not help drug users.

In Pittsburgh, Alice Bell of Prevention Point, a nonprofit health organization dedicated to providing harm reduction services, expressed her concern following the hearing with the Biden Administration’s approach to the drug epidemic. Pittsburgh has seen an increase in overdoses and fentanyl misuse over the past year and the need to address the crisis is urgent. She feels that the drug epidemic needs to be treated as a health issue, not a criminal one, with a focus on harm reduction and prevention. Similarly, research done by PEW reported that 67% of Americans felt that the government should focus more on treatments for drug addicts than on prosecution.

There is still much unknown when it comes to addressing the opioid crisis, and medical professionals, as well as law enforcement officials, are struggling with how to deal with it. The Wolf administration has implemented a strategy of prevention and harm reduction, to address the crisis in Pennsylvania. The best way to deal with the crisis though is still up for debate. However, the hope is that local and federal governments can come together to address the issue and produce effective strategies for dealing with the growing crisis. 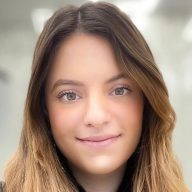 Nechama is a content writer who enjoys combining research with creative writing. She has graduated from Excelsior College with a BS in Psychology. She is an avid reader with a passion for writing professionally and personally on topics of mental health and psychology.