Anger is a D word

“Anger is an acid that can do more harm to the vessel in which it is stored than to anything on which it is poured. “—Mark Twain

Ah, anger, that seductive solution to the emotional maelstrom of feeling “some type of way.”  Shame.  Sadness.  Guilt.  Anxiety.  Envy.  Doubt.  Remorse.  Weakness.  Why struggle against the shackles of the “feels” when you can bite through them?  I still remember the first time I felt that delicious fury surge through me.  I was a boy growing up in Northeast Philadelphia.  It was winter, snow plowed into piles on our street.  As boys do, my friends and I engaged in an epic snowball fight.  And, as boys do, we invited malice into our good-natured skirmish.  Soon, we were really fighting each other, or rather, three other boys were fighting me.  Two of my “friends” held each of my arms, the third pushed my face into the snow – the infamous “whitewash.”  Fear.  Panic.  I couldn’t breathe.  My eyes wide, pupils dilating in response to adrenaline flooding my body, pulling in more light.  All I could see was white.  Nothing.  Desperation.  Then, something else.  Something… primal.  A haze of red spread across the white snow.  It was not blood.

I screamed, a guttural roar muffled by the snow.  I snatched my arms from the boys’ grasp.  I pushed myself against the hand on my head.  I had never known such strength, such… fearlessness.  It was exhilarating, almost euphoric.  Sound familiar?  I stood up and howled at the sky, balling my hands into fists.  I swung wildly, my hands connecting with bodies, I did not know whose.  I kept screaming, clutching at limbs, at faces.  But, like any good high, it was short-lived.  The boys recovered from the shock of the “crazy kid” and resumed their beat down.  Fists slammed into my body and across my face.  I slumped onto the snow, spent.  The coppery taste of blood in my mouth.  My vision cleared.  I saw the boys nursing their wounds.  A bloodied nose on one, scratches down the face of another.  They muttered insults and walked off.  Another day in the ‘Nasty ‘Neast.’  I should have felt ashamed, humiliated.  But though I lay bruised and hurting, something had changed in me.  A quiet, introverted boy, painfully uncomfortable in his own skin had found something to take that silent torture away.  From then, my anger seemed set to a growling idle, used more as a defense mechanism, with occasional outbursts, never with the intensity or satisfaction of that seminal salvo in the snow.  I never felt that rapturous feeling again until the first time I took a drink, and later when I swallowed my first Percocet.

“We have found that justified anger ought to be left to those better qualified to handle it.” (Twelve Steps and Twelve Traditions, pg. 90).  Justified anger is as old as the Hebrew Prophets, spurred by injustice and iniquity to powerful tirades and warnings.  But, besides the Old Testament, fire and brimstone God, I am unaware of any being that has been fit to wield righteous anger, in its raw, unbridled form, successfully, especially when addictive behavior is involved.  Just ask perpetrators of domestic abuse, drunken brawls and Bruce Banner; those liberating, rage-fueled eruptions seldom improve a situation.  Twelve-step program literature is rife with warnings against resentment, reservation, frustration, self-will and a host of other character defects that nurture anger. It is featured as the ‘A’ in the cautionary ‘HALT’ (hungry, angry, lonely, tired) acronym.  Anger has caused many an addict and alcoholic, me included, to break out in a case of the ‘F-its,’ turning back to the drug or drink for a familiar solution to the problem of us.

Like any good vice, we often see anger as an addiction, an empowering ally that helps us navigate the baffling maze of real life.  Despite the stigma of its destructive disposition, anger is energy.  And like any energy source, it can be channeled into constructive ends.   Studies have found that people experiencing anger have a pronounced sense of control over their future, are more motivated to bypass emotional blocks, shift out of their comfort zones and act on a personal level (https://www.meetmindful.com/4-quotes-that-show-us-the-other-sides-of-anger).

We addicts are a creative and resourceful bunch.  When we are not crafting crack pipes from avocados, we can accomplish extraordinary things.  The recovery house in which I currently reside houses artists, musicians, writers and entrepreneurs – talents that were deceptively heightened during active addiction and now languish in the wreckage of our past.  I have seen the “productive” use of anger bring these gifts back to life.  For instance, two of my roommates hurl insults at each other while composing original music.  They walk a fine line between motivation and retaliation, but both admit they have never been more prolific.  In this instance and in others I have witnessed while at Avenues Recovery Center, including my own renewed drive to revisit my passion for writing, anger seems to bore through self-doubt and loathing, helps us up from our pity pot and focus on healthier ways to fill that void left by our drug and alcohol use.  Tempered by the structure and accountability of working an honest recovery program, anger can be a powerful tool.

However, there is a flip side to that coin, or key tag, if you will.  Struggling with my inner ‘Hulk’ for eighteen years has taught me that anger and frustration are a result of inauthenticity in my life or, more significantly, with others in my life.  Wearing masks for fear of showing the world who we truly are for too long leaves us drained and discontent.  Our minds and bodies are not boneyards, they were not designed to bury things in.  As the great Carl Jung once said, “that which you repress, will express.”  My life was a fiction.  I was fighting a war that didn’t exist.  I had a chip on my shoulder that no one gave me a reason to carry.  Sitting in the simmer was just what I knew most, keeping a twitchy finger over that hair-trigger rage.  It was familiar, comfortable even.  I looked for excuses to say angry until it became my default for dealing with life – my anger armor.  We take away the drug or the drink and any situation becomes harmless and manageable.  But when we add them back in?  D+Anger = Danger.

Anger.  Suppress it, or release it as a mushroom cloud, and we destroy ourselves and all we hold most dear.  But understand what fuels it and use it as impetus for positive change and we can level up, one day realizing that “life beyond our wildest dreams.” – Sean O. 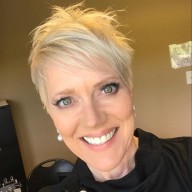