In Our Own Words: Stopping to Run and Facing My Demons- Joe Van Wie

In our own words: Stories from those who have been there and are determined to give back. Featuring contributions from the Avenues Recovery Family.

I woke up alone, soaked in sweat, and suicidal, in the attic of my 9-bedroom Georgian mansion.

It was the tail end of a years-long bender and had taken to a bunch of different stops. Passing out in different rooms of the house after spending a day or more drinking, using drugs, dosing psychedelics, and smoking cigarettes.

And then my body shut down.

By this time, I was living mostly alone. Partiers who would come through to my place to crash or to sell drugs or to smoke and drink at all hours of the night. It worked for them. No one ever told them they needed to go to home.

I didn’t know it then, but my life had long been barreling toward that day. I was too numb, by both ego and substances, to think anything serious could happen to me.

By mid-morning I was sitting across from a sober friend, my sponsor, and my attorney, faced with a clear ultimatum: die alone or get help.

Why it took me 41 years to fully surrender, I don’t truly know. My alcoholism had led me into the darkest, loneliest, and most hopeless rooms inside my mind, and I was trapped there, suffering without end, and completely unable to help myself.

Call it luck or chance or miracle or any other word that works for you, but that day, a small crack in my disdain for myself and my disinterest in life appeared. In a rare moment of pure vulnerability, I did it.

I admitted to my friends, and more importantly to myself, the thing, the realization of the obvious truth I had spent so much energy running away from.

My final run came to an anti-climactic end. But even as I accepted help that day, I didn’t fully trust that I’d stay sober.  I’d been sober before, for two separate stints that lasted years.

I was 16 years old the first time. Even when I was young, I lost all control when I took booze and drugs. I was sent away to a military reformatory school and spent nearly a year in long-term treatment.

Call it luck or chance or miracle or any other word that works for you, but that day, a small crack in my disdain for myself and my disinterest in life appeared.

In a rare moment of pure vulnerability, I did it.

After I was released, I stayed sober for 6 years before I got complacent and went out to try my hand at being a normal drinker. 22, and I was almost immediately controlled by an insatiable want to be drunk or high all the time. It wasn’t more than a few months until I couldn’t function as an adult. I was thrown out of NYU, fired from a 6-figure position at a company I respected, and, for a bit, I committed myself to the tragedy my life was becoming.

It took just two years for me to find AA again. This time I got a sponsor and went all in with a sober community. Looking back on it now, I realize how pivotal my 7-month stay at a recovery house was to my next 13 years of sobriety. That long-term treatment center helped me establish a routine and normal habits. I had a framework to live without booze.

I learned how to do regular things for the first time, like how to take care of myself, how to hang out with people and build relationships without doing drugs, and how to go to meetings and drink coffee around the clock.

Over the next 13 years, and largely thanks to support from my sober community in Scranton, lifelong friends, and my sponsor, I created a life. I built a multi-million-dollar business, won 12 international film awards for three feature films. I became a homeowner for the first time. I was politically active, and I contributed to organizations I believed in. Things seemed to be working and I was impressed with my life for over a decade.

Complacency bit me in the rear again. My life was without intention, my ambitions designed around ego. I felt disillusioned with AA and lost grip of what the alcoholic condition was and always will be for me; a desperate attempt to deal with fear.

I ended my 13 years of sobriety and fell into full-blown addiction within a matter of months, despite my every effort to “only” drink, smoke, and use drugs occasionally.

The last years of that run were, without question, the darkest of my life.  My business collapsed, my house was in foreclosure, and my life was in shambles. Worst of all, the drugs and booze, and even brief stints without them, couldn’t keep me from questioning the worth of my life. I couldn’t stop harming the people around me—especially my family and life-long friends—and I couldn’t find a door back to meaningful sobriety.  Even a reprieve that lasted more than a week was beyond me.

Surrendering was a year-long process. It started when I woke up from a 19-day medically induced coma with double-pneumonia and a wrecked immune system. I was terrified and desperate to find a solution, but it would be almost a year before I was openminded enough to consider the most daunting possibility of all.  The possibility that maybe, just maybe, I’d been wrong my entire life.

Sobriety wasn’t going to happen for me the same way it had in the past. My spiritual connection to myself had long disappeared, and I was looking for shortcuts to skip all the important steps. I didn’t stop drinking even after consciously acknowledging that I was hurting myself by consuming alcohol. If anything, my drinking and drug usage got worse. I didn’t know it then, but I was treating depression with psychedelics and cocaine.

I found myself stuck in the place all alcoholics find themselves, that torturous chamber of the mind in which two total paradoxes are allowed to co-exist. I wanted to stop using but I couldn’t. I wanted to take a break from booze, but no matter how strong my willpower, I ended up blacked out on my bathroom floor.

I was kept alive by booze and drugs, but I was also disgusted by those things. I was living in a repeating loop of sameness.

When my sponsor and lawyer knocked on my door on Halloween day, I answered the door as a shell of myself. I was cynical, hopeless, and I knew my end was close.

It was in sitting across from them listening to them repeat my irrational, dangerous, and delusional actions back to me for the thousandth time that something in me broke. I wanted a new purpose, and I was desperate enough to admit that out loud.

Now, at 43 years old, I have a life that defies what I thought was possible. I’ve been sober 2 years, re-met the love of my life and got married. My baby girl was born on Halloween 2020, exactly one year since I surrendered. Ye, Halloween has been kind of important day in my life.  I have a new career that makes helping others the centerpiece of my days. I’m in the process of opening an extended-living sober house for men in the Scranton area, to help other alcoholics rebuild their lives one day at a time.

Adventure and irony and happiness and, as sappy and trite as it sounds, love has returned to my life. Or maybe it has appeared there for the very first time. I’m aware, awake, and intentional, and I’m as present as I’ve ever been.

As imperfect and as ridiculously as my journey to meaningful sobriety has been, I don’t regret it. I’m awed by how my suffering led me to what I have today—a daily mediation practice, a secular practice of the 12 Steps, a community in Refuge Recovery, and, most meaningful of all, a family, a purpose.

The whiskey, the cocaine, the marijuana, the LSD, DMT, extasy, the psilocybin, the Ketamine, the Xanax, the cigarettes—all of it. While it very nearly had me dispatched, it moved me closer little by little, to the life I have now. 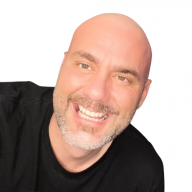