I will start by saying, writing a movie about the horrors of battling the claws of heroin addiction in the midst of recovery is – at the very least – a touchy subject. It is one that has to be done masterfully or will get ripped apart at the seams. “Four Good Days,” unfortunately, didn’t hold up to such pressure.

What seems like it could be a harrowing story with the brilliant Glenn Close and (surprising to see) Mila Kunis wound up falling short in a rather surface-level, stagey performance and make-up showcase.

Rotten Tomatoes still gave it a generous 52%, but the tale was a disappointment, especially knowing it was directed by “Nine Lives” director Rodrigo Garcia.

There’s no doubt that Close gave one of the best performances of her career. Roping her in with the rest of the surface-level stagey description is an insult. Close portrays an emotionally conflicted, distraught, and co-dependent mother of a struggling heroin addict with genuine appeal.

She takes the role with care. It is clear to see. From the very beginning of the film, she battles whether or not she should continue to help (enable) her 31-year-old daughter with her ten-year addiction, which you quickly find out also includes 14 relapses. Still, her daughter, played by Mila Kunis, comes back for round 15. Toothless and nearly memory-less, Kunis knows just how to play her mother and gets her to fold like putty in her hands once again.

From there, the movie seems to run in fast-forward, and this is where the shallow feeling comes into play, and you are reminded that you are watching a movie.

Perhaps the first mistake was how quickly the movie pushes past Kunis’ withdrawal symptoms. The audience doesn’t get to see enough of the pain and suffering one goes through when withdrawing from heroin. It was her 15th time going through this. Her body was obviously – and a bit stagey – suffering from years of addiction, but it was as if her withdrawal symptoms weren’t harsh enough for someone dealing with so many relapses.

The suspense sets in when Close takes her daughter to the clinic for evaluation after her three days of withdrawal in a recovery center that the audience never sees. The doctor explains to Kunis and her mother that there is a shot, Naloxone, that can essentially prevent Kunis from getting high if she gets it once a month. However, she must first make it through four more days of sobriety at home with her mother. Kunis’ withdrawals and cravings were seemingly non-existent during this time.

All the while, Kunis acts nonchalant and dismissive about the entire thing. Her mother, on the other hand, runs through all the paranoid, distraught emotions any co-dependent mother would. She was forcing herself to remain vigilant yet trustworthy of a daughter that continuously proves to her she cannot be trusted.

Kunis’ emotional performance leaves a lot to be desired. Maybe it was wrong actor choice, lack-luster make-up artists, or shallow scriptwriting, but it is clear at this point that “Four Good Days” wasn’t going to be the honest portrayal of addiction and recovery we were looking for.

As a film based on a true story about someone’s drug addiction story, “Four Good Days” ended up being more about the mother’s story than her daughter’s. That is until the perspective abruptly shifts at the end of the film, and Kunis dumps her surprise on her mother that she will need her mother’s pee in order to get the shot because she was, in fact, not sober.

Her failing to remain sober was a good excuse as to why Kunis wasn’t experiencing withdrawal symptoms as someone would be. However, the entire ‘spilling of the tea’ seemed forced and rushed, and quite frankly, fake.

Still, Close continues to carry the film with her performance. She stayed true to character and giving her daughter her pee anyway, only for Kunis to experience the horrible side effects forewarned by the doctor at the beginning of the film. This is perhaps the most accurate depiction by both actors throughout the entire movie.

“Four Good Days” left a lot to be desired, and while Glenn Close was a marvel to watch, the same cannot be said for the film as a whole. What could have been a stereotype-shattering film of the truth of addiction, recovery, and relapse; resulted in a cringey film that was borderline insulting to anyone legitimately going through this type of struggle. While I believe this is a touchy subject, it is one that needs to be shared with the world. Maybe one day, vengeance will come, and justice will be served to those that feel betrayed and hurt by this film. 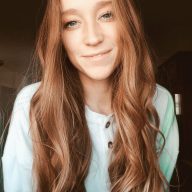 Lindsey is a full-time copywriter, editor, and mother with a passion for all things related to mental wellness and personal growth. In her spare time, she likes to write short stories and e-books.